Abitare In Maggiolina is a residential urban redevelopment project that has returned an 8,600 square metre area that had previously been covered with concrete to the city of Milan: the demolition of a derelict building, which was a scar on Milan’s urban fabric, has resulted in a complex of 125 flats. It consists of three buildings: the first is the recently completed Sky Tower, the second, Gardens, will be finished during 2021 and the third, smaller structure, will complete the whole project. The Sky Tower building has 16 floors and a prime view of Milan’s skyline. It has large loggias and is surrounded by a scenic green park of over 5,000 square metres. The project was designed by Dontstop architettura. 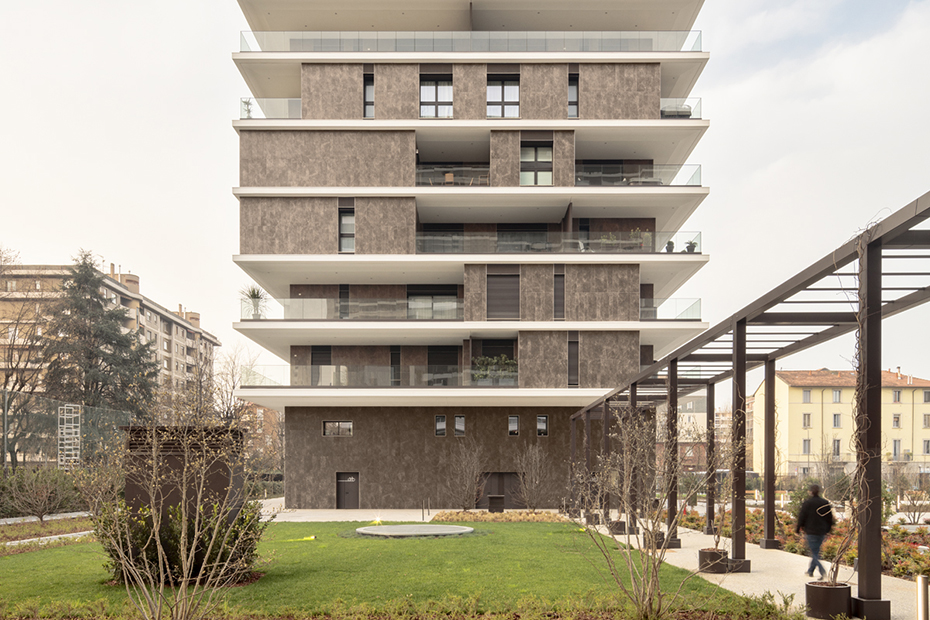 The property complex has high energy performance, is fitted with advanced and sustainable systems and built with innovative and cutting-edge materials to ensure guests the utmost comfort and efficiency. Considerable attention was paid to the choice of outstanding partners, which include Cotto d’Este. On the cladded façade with a casing system, the standout elements are the thin and high-performance Kerlite ceramic slabs from the Exedra collection, in the special Pulpis variant, which recalls the original marble with a striking tobacco colour. Great sophistication is imparted to the façade by the veining, rendered with extreme accuracy and resemblance to marble, with a 3D effect for remarkable visual intensity. 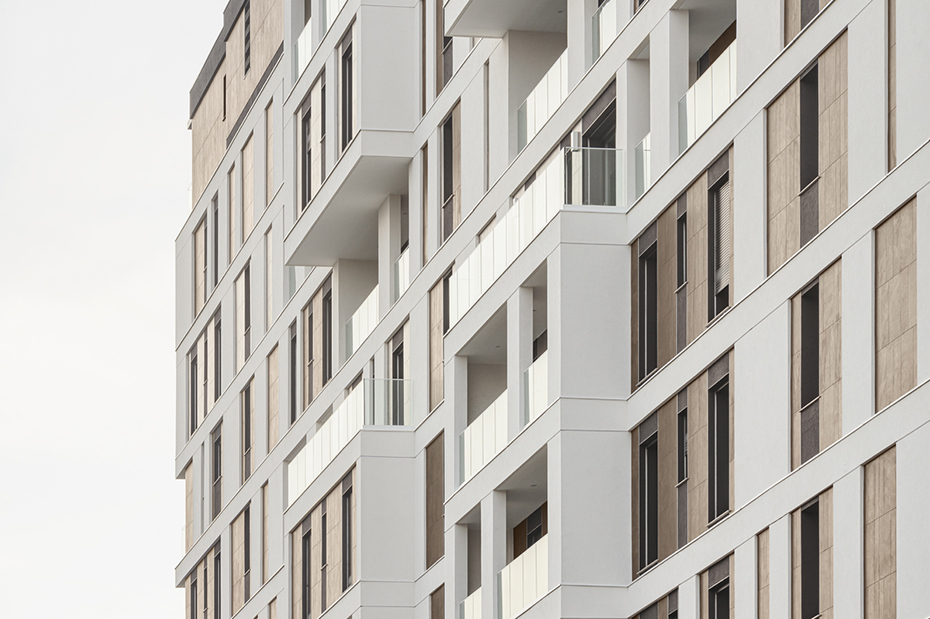 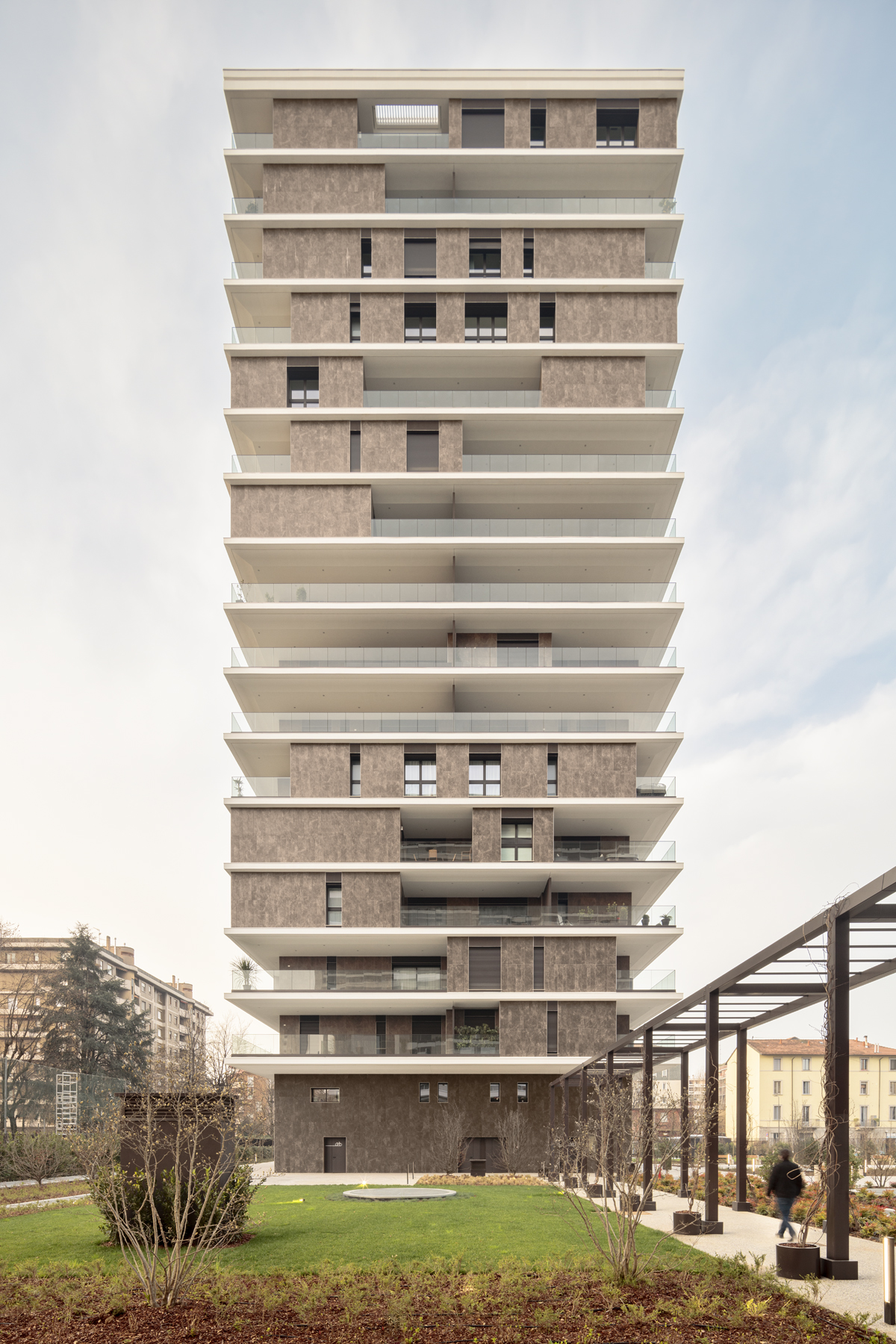 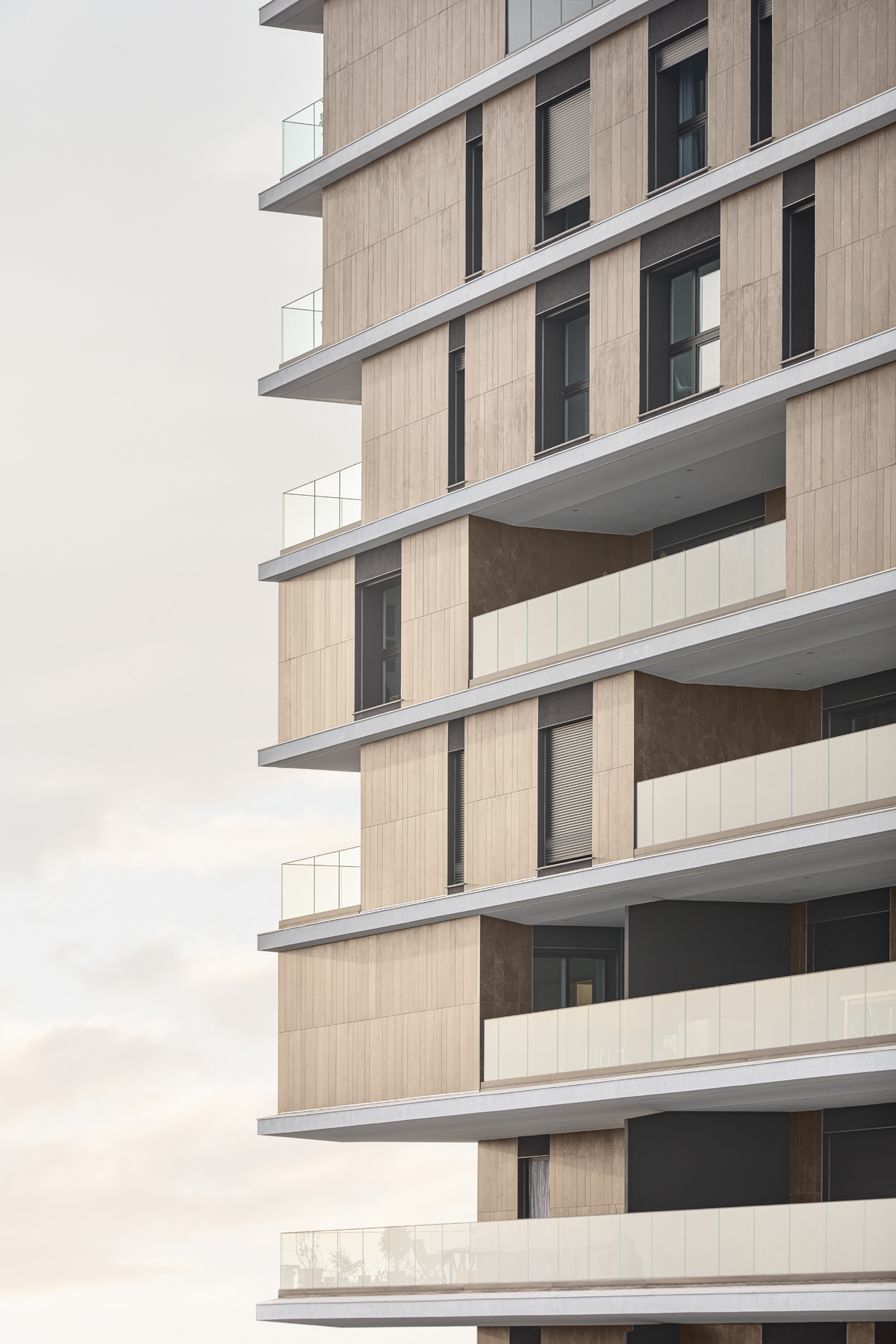 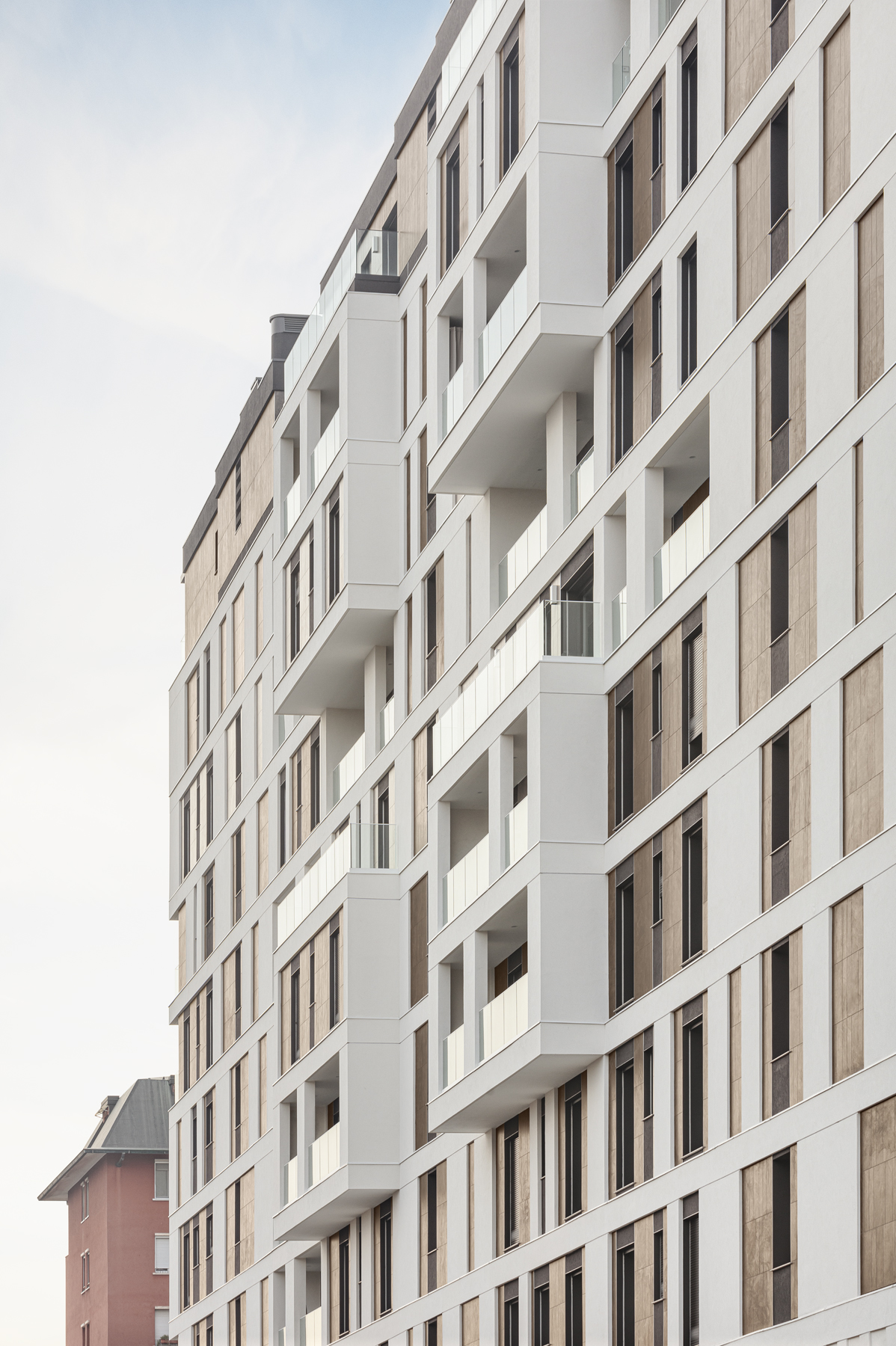