Airports, railway stations, subways and newly built suburban areas: non-places, as Marc Augé called them, have long been considered neutral, anonymous spaces with uniform characteristics and no real identity. Over the years, however, the speed of global trade has given these spaces a crucial role. Stripped of their simple function as transit areas, mobility infrastructures are micro-systems of specialised cities and incorporate everything that meets the needs of users: those who spend time in them every day and those who pass through them.

Designers’ explicit intention is therefore to transform major transport hubs into extensions of the city, rather than isolated places that are detached from their context. In pursuit of this goal, state-of-the-art stations and airports are being reimagined. From simple spaces where people quickly and distractedly pass through, they are becoming new postmodern squares where you can spend time among shops, bars, restaurants and exhibition areas or pause to admire the value of the architectural ensemble. Non-places are evolving into super-places and developing a new and unprecedented centrality: busy spaces where travel becomes one of the several possibilities, rather than the only one.

Cotto d’Este has also succeeded in transferring its expertise, performance and beauty to these super-places, offering the superior quality of floor and wall coverings that are hard-wearing and easy to maintain, while at the same time creating the most suitable aesthetic setting for the stories of those who travel and the safety of those who pass through them and those who linger for a few minutes or sometimes hours.

Such is the case for the Roma Tiburtina high-speed railway station, an important metropolitan, regional and international hub. The imposing block is a 240-metre glass prism suspended 9 metres above the existing track line, 50 metres deep with a constant height of 10.5 metres and divided into eight volumes to provide services for travellers and local citizens.

For this extraordinary project, the ABDR firm in Rome chose the Buxy collection, the 14 mm-thick porcelain stoneware made with a unique production process that gives it superior technical performance and aesthetic characteristics: pressed 3 times and fired at 1230° C for over 90 minutes. Unparalleled resistance.

When developing the interior design project for the reception areas of Doha’s Hamad Airport, opened in 2014, the Antonio Citterio Patricia Viel firm first had to deal with the issue of size. The brief was to design the interior of the Qatar Airways Premium Lounge: an area of 50,000 sq m that required a high level of refinement in terms of style, details and materials. The overall project involved the design of lounges, check-in areas and free-access zones for a variety of activities ranging from catering to children’s areas.

The recurring theme of the different spatial sequences is the porcelain stoneware flooring, specially developed by Cotto d’Este for the project. In order to address the complex aesthetic and functional requirements, the company developed a special custom-made product in the large 60 x 120 cm format with a 14 mm thick rectified edge, which meets the highest performance standards for surfaces in public areas with heavy traffic. The tiles’ special surface finish, with its natural effect, creates a subtle chromatic and perceptive intensity between the stones, metals, water and wood that define the cladding and furnishing elements used for the space.

For the 2018 World Cup in Russia, Cotto d’Este covered one of the busiest Metro stations in Kazan: Dubravnaya. The Cadore collection was chosen for the project: in particular the warm and welcoming natural Bosco-coloured finish, featuring variations in relief between the typical fibres of raw wood planks and the transverse tracks.

Its natural, almost rustic effect and authentic appearance impressed the clients, who were also amazed by its high technical performance outdoors. The 20 mm-thick version was chosen to guarantee the slabs an unlimited lifespan with infinite tensile strength compared to traditional stoneware, as well as resistance to weathering and wear. 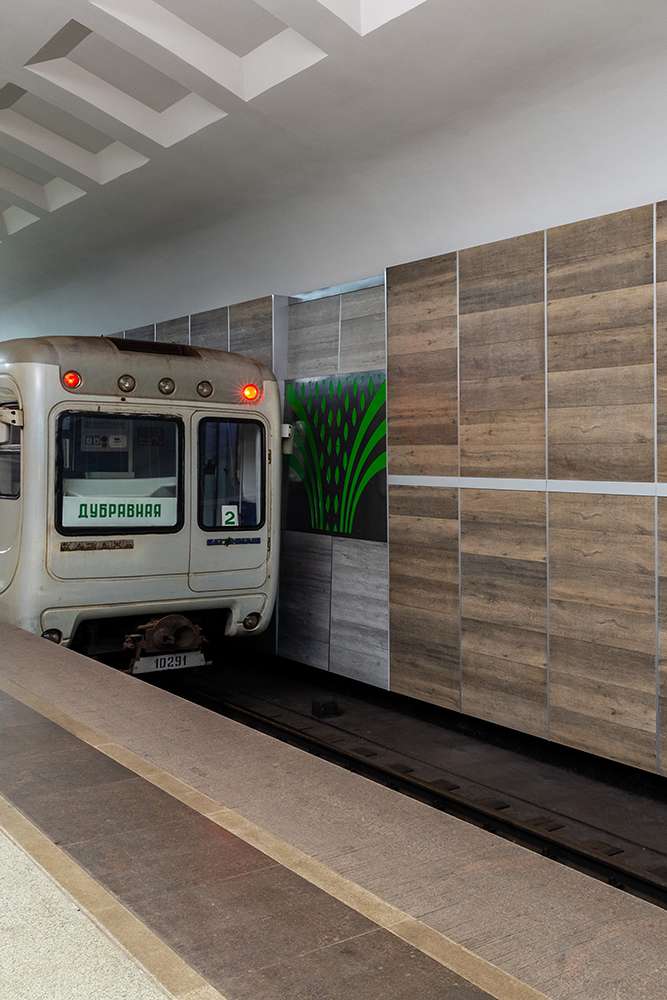 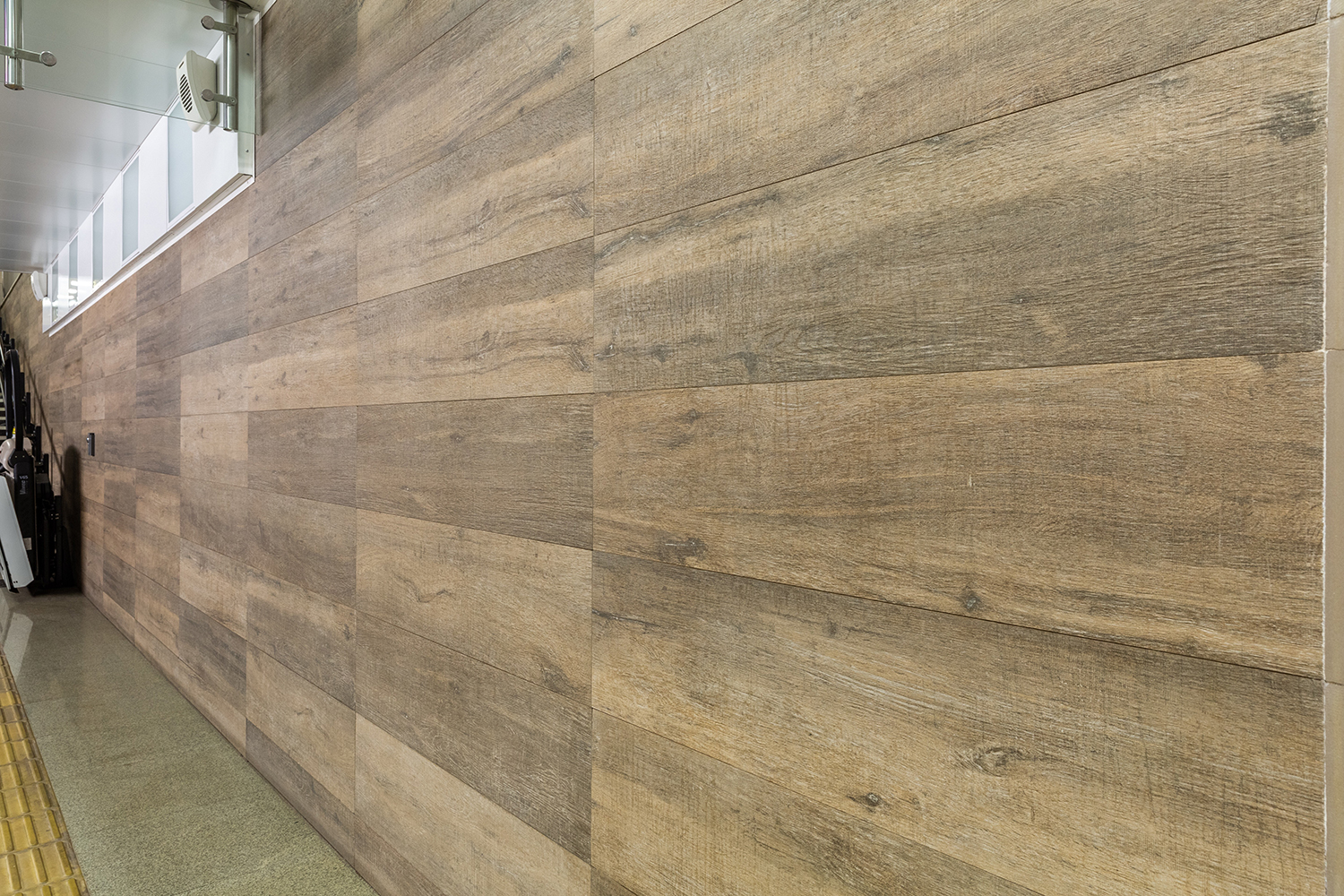 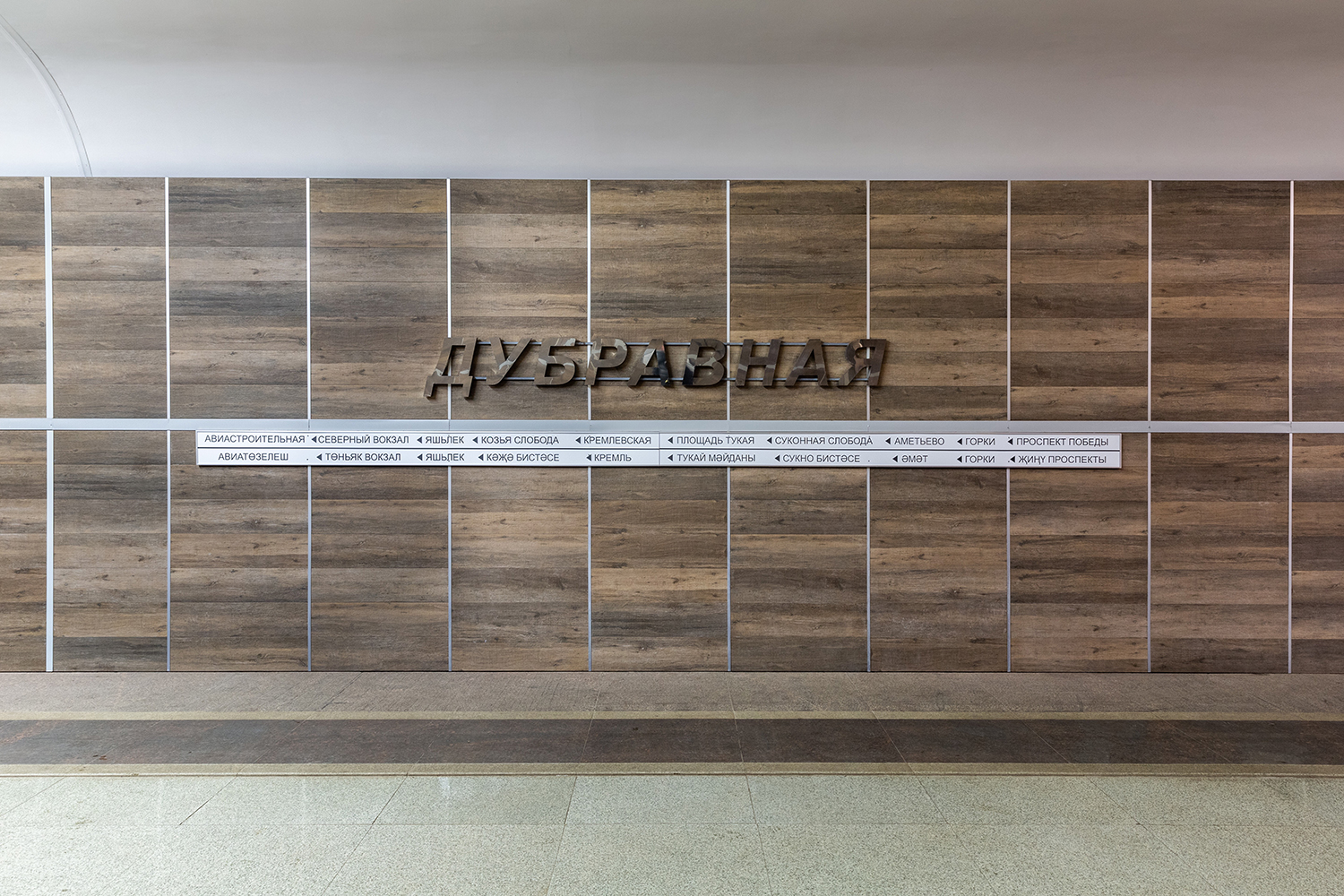 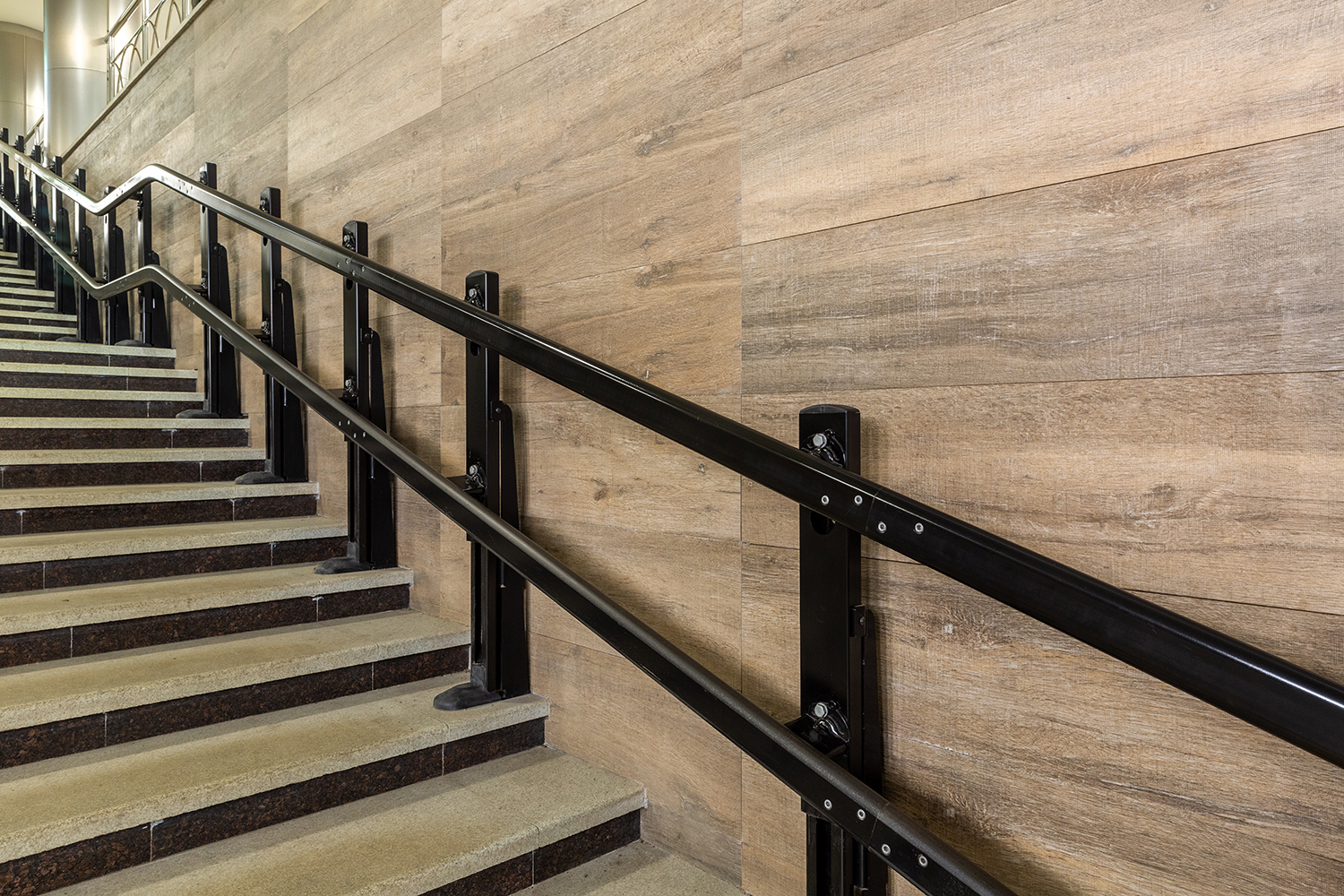 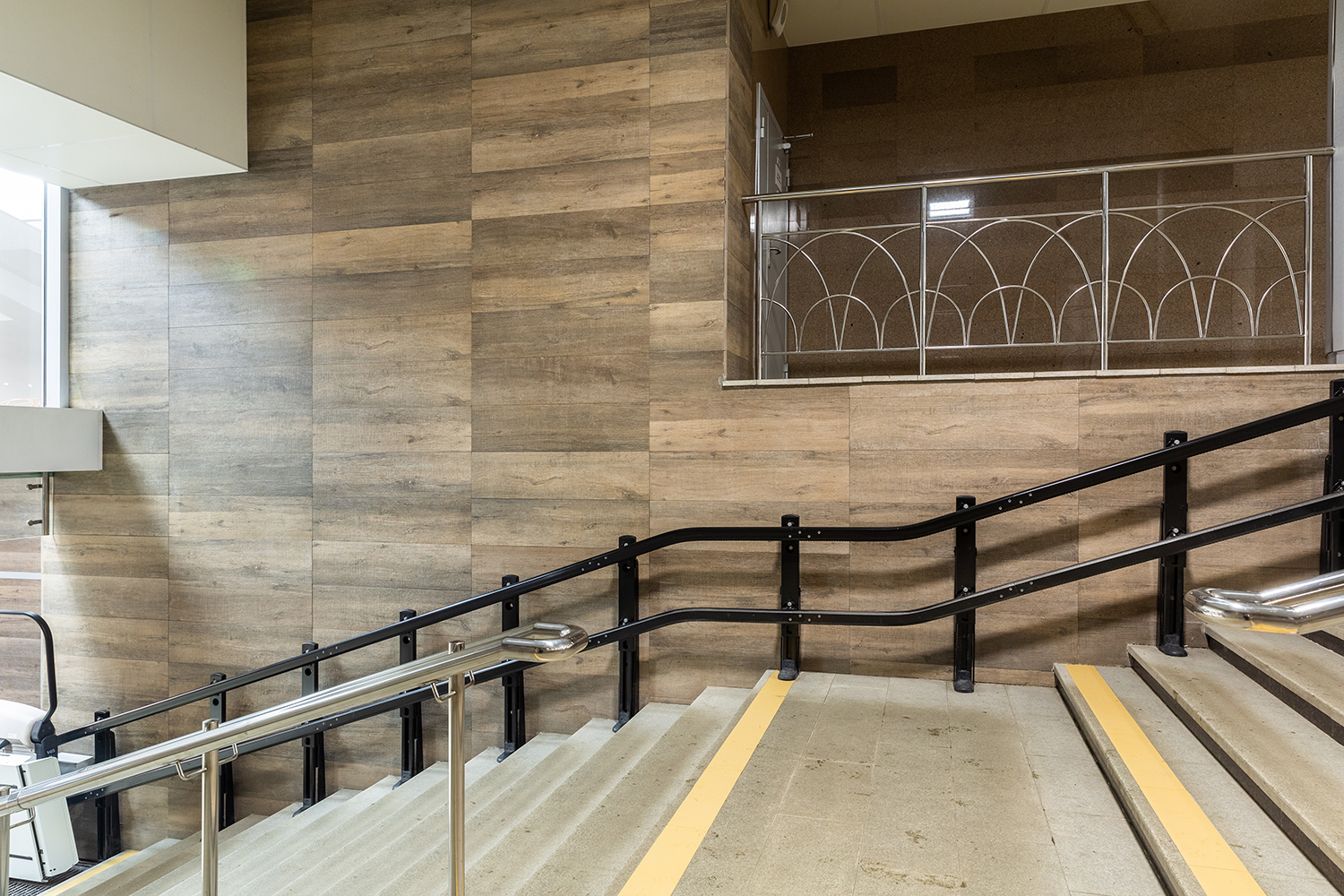 Cotto d’Este surfaces cover the walls of the new station, which stands five storeys high and covers an area of 119,600 square metres. The Kerlite Exedra collection was chosen for this majestic project in the Travertino version – a finish that recalls one of the most famous and ancient marbles – in the 100x300 size with a thickness of 3.5 mm, covering the structure’s internal walls to create chromatic and stylistic continuity in all the rooms.

Cotto d’Este thus confirms its ability to offer prestigious solutions that are the result of painstaking aesthetic and functional research, designed with a custom-made approach to lend character and status to travel architecture intended to appeal to many cultures and to welcome many stories. 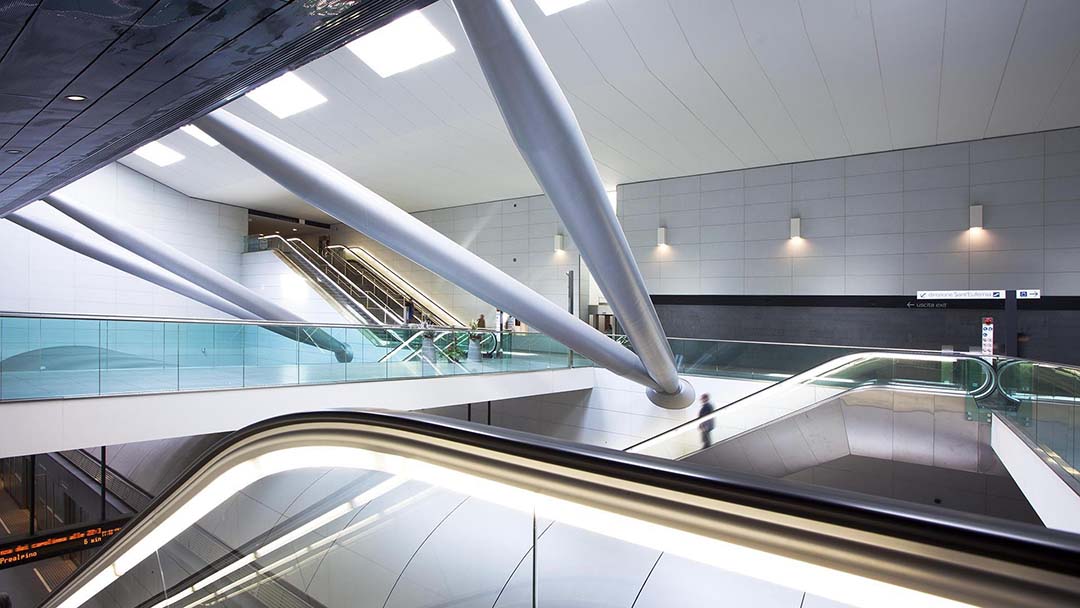 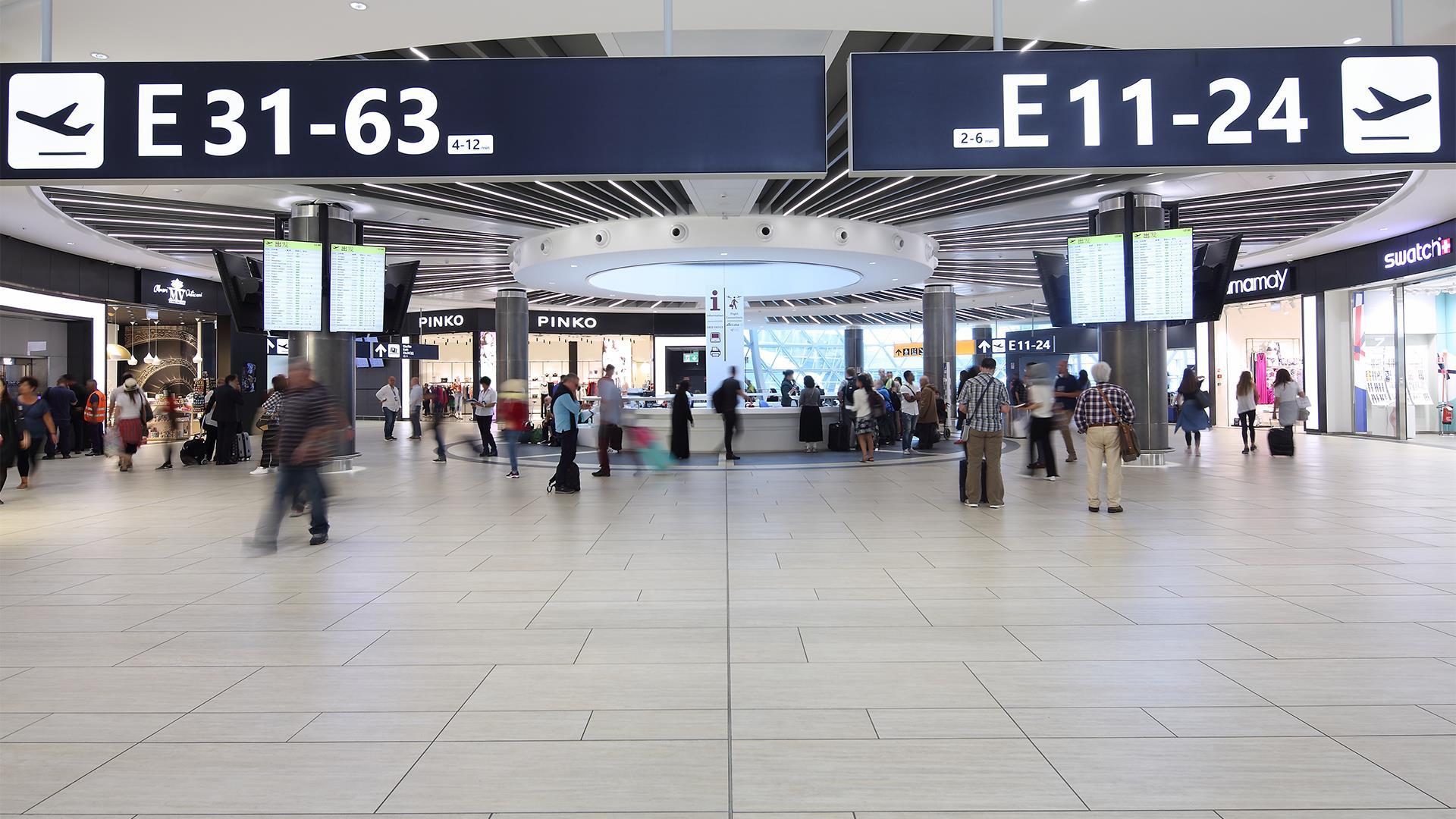